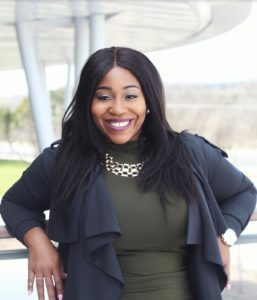 LaShawn Washington (UT 2014): Published author, world traveler, advocate, cosmetologist, graduate student. These can all be used to describe LaShawn, a former Terry Transfer Scholar at the University of Texas at Austin. We recently caught up with LaShawn after her trip to China and Transfer Interviews, where she served as a panelist in Dallas.

After finishing her degree in political science at UT, she decided to pursue a Master of Education in curriculum instruction with a concentration in cultural studies and education. This path has led her around the world, from Guatemala to China. When asked which region of the world was her favorite, LaShawn said she had a passion for Latin America. Regardless of the place, she feels that language is the ultimate connector, and learning a different language has immeasurable benefits, from preventing dementia to the ability to access whole new worlds! She hopes to bring about increased diversity and appreciation of other cultures on college campuses as she continues her career. 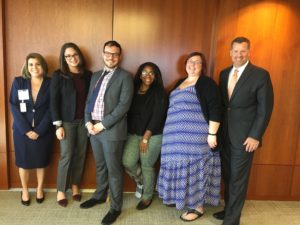 On her recent trip to China, she served as a graduate assistant for the faculty-led program, but while they were on the Great Wall of China, she broke her ankle. It took her several hours to get down from the Wall, and because they were in a remote area, it took even longer to reach a hospital and see a doctor. After having surgery in China, she had to extend her trip by a week to recover. The recovery process is still ongoing, yet LaShawn persevered and served as a panelist for Terry Transfer Interviews this past June.

Most people would decide to rest up; however, LaShawn deplaned and went straight to Dallas to participate in the interview process. Because higher education is so important to her, she fully participated in the process with a positive attitude and helped choose fifteen new Terry Scholars.

We’d like to thank LaShawn and her fellow panelists for their dedication as we welcome the incoming Terry Scholar Class of 2017!