Representative Will Hurd (TAMU 1995) was born and raised in San Antonio, Texas. Upon graduating from John Marshall High School, he entered Texas A&M as a Terry Scholar in 1995 and studied Computer Science. He currently represents the 23rd District of Texas and serves on the House Committee on Oversight and Government Reform, House Committee on Homeland Security, and House Permanent Select Committee on Intelligence.

Reflection of a Terry Alumnus

Rep. Hurd on what it meant and continues to mean to be a Terry Scholar:
The Terry Scholarship is the reason that I went to Texas A&M. It changed my life, and the Terrys’ focus on service and giving back to the community just further put that in my mind and in my being. There are a number of constituents that go- throughout the 29 counties I represent- to all the universities across Texas (And being at UTEP is pretty awesome!). I’m excited- I know the trips to [picnic] are probably cram-packed now with the number of Alumni members that have benefited from the Terry Scholarship…I’ve always wanted to get back to one.

On meeting Mr. Terry:
I do believe he actually participated in my interview. Over my entire time at Texas A&M, getting to interact with him was something. He was one of the kindest, nicest people I had ever met. Right after graduating, I was undercover, and it was hard for me to come back often to Texas. The few times I was able to get to Houston, I was able to visit with Mr. Terry and give him an update on what I was doing.

From College to Congress

When asked why he chose public service as his way of giving back to his community, Rep. Hurd had this to say:
Well, it’s all connected. I decided to go to Texas A&M. I had the opportunity. I had the Terry Scholarship. My freshman year I’m walking across campus, and I see a sign that says “Take 2 Journalism Classes in Mexico City for $425.” I had $450 bucks in my bank account, so I decided to go to Mexico. I fell in love being in a new culture. I thought it was cool seeing things I only read about in books, so I decided to add International Studies as a minor. In my sophomore year, in my first International Studies class, we had a guest lecturer who was a former CIA tough guy, real old-school. He told the most amazing stories, and that began my interest in the CIA. When I graduated, and because of my leadership experience, I was very competitive for the very few people that the CIA takes right out of undergrad, so I joined and spent 9 and a half years as an undercover officer. I was the guy in the back alleys at four o’clock in the morning collecting intelligence for the homeland. It was a fantastic job. I had to also brief members of Congress while I was overseas, and I was pretty shocked by the caliber of our elected leaders. I had some friends- one also a former Terry Scholar- that had been involved in campaigns and ran races and said, “Hey you should run for Congress.” I thought that’d be a way to help the intelligence community and help serve my country in a different way, and that’s why I ended up running for Congress the first time. I lost a run-off election by seven hundred votes, and then I became a partner at a consulting firm and helped start a cybersecurity company. I was able to be successful in both of those endeavors through a lot of the things I learned being a leader in the MSC and also in student government. I then ran in 2014, and the rest is history.

The most memorable moment in Congress is probably the first time- early on after I had been sworn in- we were able to help a constituent significantly. She was a young lady, 76 years old, and her husband had passed away the year before. He was a veteran, and she was supposed to be getting veterans benefits owed to a spouse. She was having problems for months; it was going to possibly cause her to leave her residence, and we were able to fix the problem. It had a tectonic impact on her life, and it was us that helped with that. It was a pretty big deal, and so that was the first time that it made me realize the power of this office and how important it is to help my community. 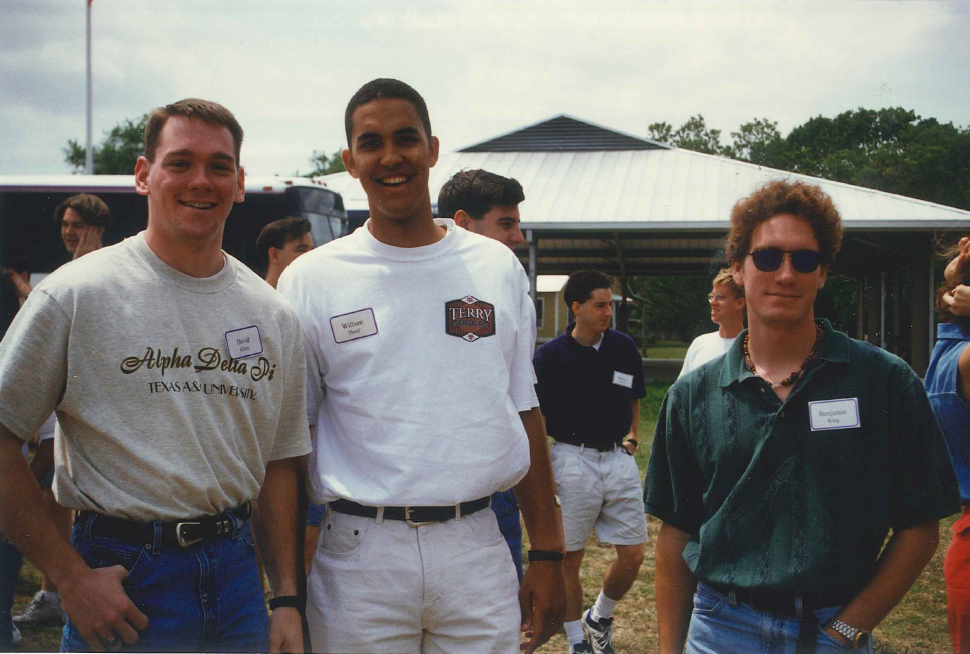 On leadership:
Well, number one, you’ve got to begin with the end in mind- that’s something I learned. I was exposed to Franklin Covey and the Covey Leadership Principles, and number one is, “Begin with the end in mind- know what you’re trying to achieve.” Then, you have to articulate a very clear vision for the office, and everybody that works on the team needs to know what their specific role is when it comes to accomplishing that mission. And so, everybody on my staff- I have 23 people on my team- all 23 would be able to say our two goals. And number one is, “Be a leader on national security,” and number two, “Be the gold standard when it comes to constituent relations.” Everything we do is around achieving those two goals. Setting a very clear vision, giving immediate feedback, and leading by example are really important. I also make sure that my staff takes time to smell the roses. You can’t run at 80 miles an hour every day. When you have an opportunity to take downtime, send folks home early- make sure they’re taking time to celebrate their birthday with their families and things like that.

Bipartisan Road Trip: After flights were cancelled due to a snowstorm, Republican Representative, Will Hurd and Democratic Representative, Beto O’Rourke “drove across the aisle” on a bipartisan road trip from Texas to Washington D.C. and showed the world that camaraderie in the Congress is possible. Rep. Hurd shares his thoughts:
Well the road trip was a great experience. It was. The takeaway- there’s a lot more that unites us in this country than divides us, and we are able, when it comes to political discourse, to disagree without being disagreeable. That is what we saw as we drove from San Antonio to Washington, D.C. It was a seventeen-hundred mile trip, 36 hours- 31 of them in the car- and 29 hours live-streamed on Facebook Live. People from all over the spectrum were appreciative of a Republican and Democrat showing up and getting along. There wasn’t an issue that didn’t come up; there was every issue imaginable. We did talk about higher education and how you drive down cost to ensure that more people are going to be able to go to university. 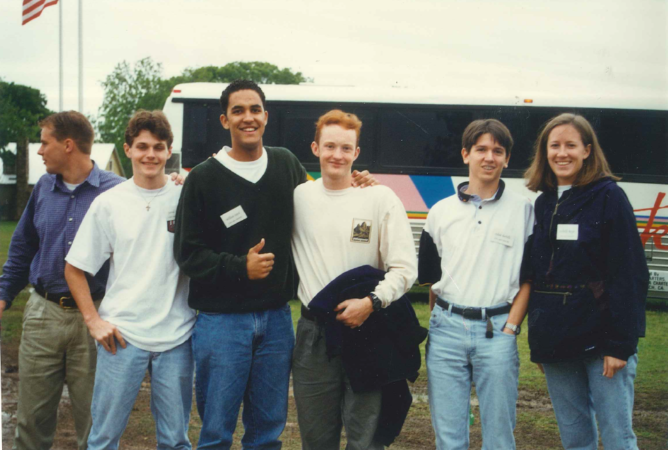 To current and future Scholars:
Well if you’re going to go into politics, have a career first–the reason that I am able to be successful up here in Washington, D.C. Last Congress, I passed more bills that got signed into law than any other member of Congress because I am able to leverage my experience and time in the CIA; bringing a perspective to politics is important. If it comes to national security, I think the CIA was one of the best jobs- probably the best job- I will ever have. If you’re still at university, the best thing to do is learn a language, have good grades, get involved in extracurricular activities, and make sure you work abroad. Being able to work in another environment is one thing that folks in the CIA are looking for. It was an organization that gives real responsibly and real authority to people even at a young age, and being involved in some of the most important national security issues of the day was a really exciting way to give back to our country while being able to travel to some pretty exotic locations as well. It was a fantastic career, and I encourage anyone who is interested to seek that career. Like you said, to be able to continue to help the intelligence community now is awesome.

On going abroad:
It is really important to broaden your perspective on the rest of the world, and we as Americans need to do a better job at having a broader understanding of what happens outside of our country.