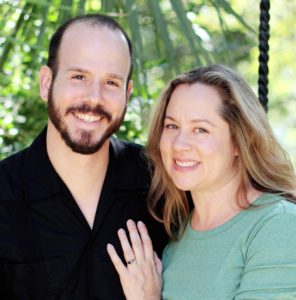 What do sharks, fluorescent paint, and the Reconstruction Era have in common? They are all topics of author Chris Barton’s (UT 1989) books. As a Terry Scholar before the first class even graduated, Barton witnessed the humble beginnings of the Terry Foundation when there were just two schools and one picnic rather than thirteen schools and five picnics. While the education of thousands of students is the legacy of the Terrys, Barton has left the world with unique children’s books that go beyond what is taught in the classroom.

Reminiscing on the life of Mr. Terry, Barton explained that to him, the legacy meant “helping people who have fallen behind you get a leg up.” Mr. Terry inspired him. This influenced the types of characters presented in each book. Barbara Jordan, politician and educator; the Switzer brothers, makers of the first black-light fluorescent paint; and John Roy Lynch, freed slave and congressman. The legacy of these historical figures is immeasurable. Take Barbara Jordan for example. Chris Barton is just one of many Terry Scholars who were educated at the University of Texas at Austin. Barbara Jordan taught ethics after retiring from politics at the UT-Austin Lyndon B. Johnson School of Public Affairs. Reflecting on this career, Barton stated it would be hard to say how many lives were impacted by her service- in the Congress and in higher education. Likewise, it is hard to tell how many lives have been impacted by the Terrys’ initial generosity and the continuation of Mr. Terry’s vision. Scholars, families, communities- the footprint of current scholars and alumni just continues to grow.

Without a thousand- page biography, it may be difficult to capture the essence of an historical figure; therefore, authoring children’s books is no easy task. Each word must be accounted for. Does it contribute to the overall plot and narration of the story? If the answer is no, then the word or sentence must be eliminated, according to Barton. The key to mastering the art of storytelling via picture books is to read and study them to figure out what makes you turn the page and want more. Outside of actual writing, Barton teaches workshops and reads to classrooms. Although he doesn’t expect preschool students to be “all ears” for an hour, he says the more time a student spends with an actual author, the more they will be interested in reading for the rest of their lives. 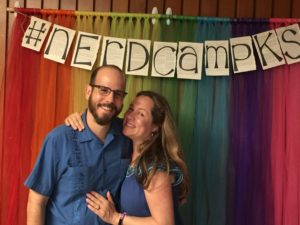 When Barton is not writing or going on a run for some inspiration, he spends time with his wife, author Jennifer Ziegler, four children, and dog, Ernie. To learn more about Chris Barton and his work, go to: www.chrisbarton.info