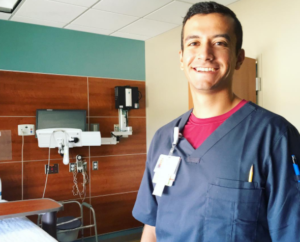 Luis Banuelos (TAMU 2013) is a recent graduate of Texas A&M University where he wore many hats in the Texas A&M Terry Scholars Student Organization- liaison his sophomore year and president the following year. Luis attends Texas A&M School of Public Health, where he studies Health Promotion and Community Health Sciences. He also works at Baylor Scott & White Hospital as a Patient Care Assistant on their medical and surgery floor. As you may have guessed, this is all part of his plan in his pursuit of medical school.

Most recently, Luis has also become well-known for his artistic talents. If you have visited the HOPE Gallery in Austin, Texas during the past year, there is a good chance you’ve seen Luis’ featured works. Although TAMU and UT-Austin are no longer in the same conference, these painted murals honor the rivalry while undoubtedly creating mutual respect for the artistry involved in each piece. If you want to check out some of Luis’ permanent art, visit the Corner Bar & Grill in College Station to see his painting of Kyle Field. You can also watch this video to learn about Luis’s contribution to Texas A&M’s BUILD Organization, which converts shipping containers to mobile medical clinics for communities in need around the world.

Other inspiration for Luis’ hobby came from his extensive travels across Europe when he studied abroad in Barcelona, Spain for a semester. He mentioned that two of his favorite places were Morocco and Switzerland, and he noted that his experiences allowed him to see both “the differences and similarities that we share as people” wherever he went. 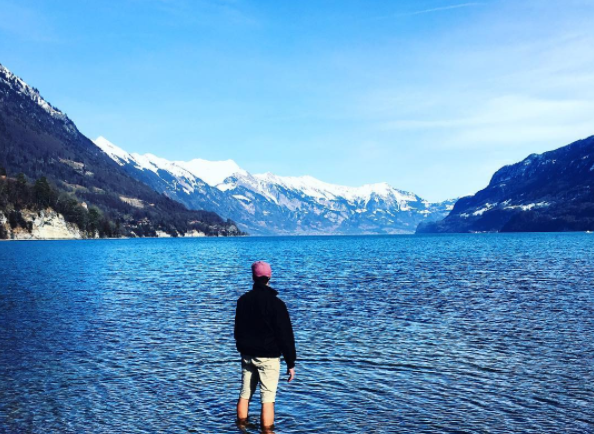