Cody Kelly (TAMU 2006) is an aerospace engineer who specializes in search and rescue and water survival device design at NASA. When he’s not working, he spends his personal time training as a first responder and hopes to soon join the Texas Task Force 1, the most active urban search and rescue team in the country, through the Texas A&M Engineering Extension Service. In 2016, Cody was awarded the NASA Early Career Achievement Medal for his efforts on search and rescue research as a member of the Orion Crew Survival Engineering team, a collaborative project between the Department of Defense and NASA.

Time as a Terry 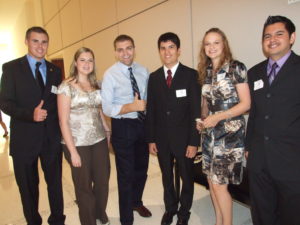 Without the Terry Scholarship, I wouldn’t have been able to go to college- at all. I grew up in a rural town, didn’t have very much money; the Terry Scholarship gave me the opportunity to get a college education, so for that, I’m eternally grateful. The biggest thing for me is also the Terry Family. There’s a lot of bonding and kinship that comes along with being a Terry Scholar. A lot of my really good friends were Terry’s, and I’ll always remember the big picnic at the end of the year. That was always the defining moment of your semester because it’s right before finals, and it was a chance to go be a part of that larger family and see what’s going on with the Foundation and other schools. That to me is one of the really defining moments of my experience as a Terry Scholar. 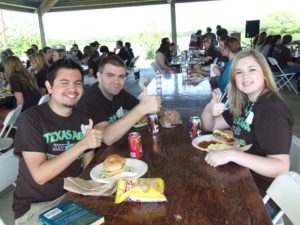 Another thing was seeing Mr. and Mrs. Terry while they were still with us. Mr. Terry was actually in my interview when I was a high school senior, so there was a lot of emotion and gratitude that came with that. Again, just financial support, and how the Foundation would always look out for the Scholars. That’s what really stands out and continues to stand out. Both of them [Mr. and Mrs. Terry] were on my interview panel back in 2006. I was nervous. I was 18 years old. It’s really that family that came along with being a Terry Scholar. It’s kind of cool and a very unique thing to get a Terry Scholarship. It’s one of those few opportunities out there that pay for all of your college. Once you’ve met a Terry, you’ve met family for life. 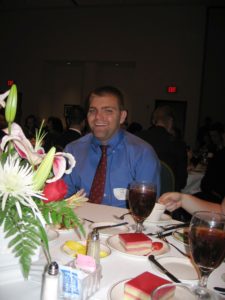 Favorite Memories. Well there’s two. One was more esoteric, higher level. One was the fact that I knew I was going to be able to go to college. When I got that Terry letter, that for me was one of the biggest moments of my life. I knew I was going to be able to be the first person in my family to get a college education. That to me was the defining moment of my senior year of high school and top defining moments of my life. I would not have been able to go to college without it. That’s one of those memories- getting the scholarship. I think the other defining moment probably was my senior Terry Picnic. All these people that I’ve been friends with for four or five years are now getting ready to graduate and knowing our college journey is ending, but that family aspect is going to be there forever. I still talk to my Terry friends all the time. 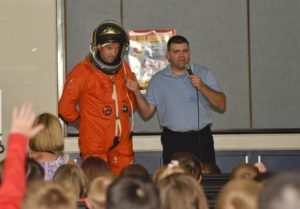 I’m kind of like a big nerd. This was one of my goals since I was probably four or five. I actually remember talking about it in my Terry interview- about the reason why I went to A&M, the reason why I chose aerospace engineering, so that I eventually could work down here in Houston at NASA. I grew up in rural, small-town Texas, and I just always wanted to work in the space industry in human space flight. I was very fortunate.

I would go to school for a semester or two semesters then I’d go work at NASA for a semester- on and off. The Terry Scholarship allowed me to do that. They held the scholarship while I was working which obviously ended up working out well for myself. While in undergrad, I primarily worked with space suit design and search and rescue, a lot like I do now. I worked in mission control in the summer of 2009. I did a lot of lunar/ moon geology tool development. I did a lot of different things, a wide variety of projects, but most of it was all focused on space suits and search and rescue. It kind of laid the foundation and the groundwork for what I do now. 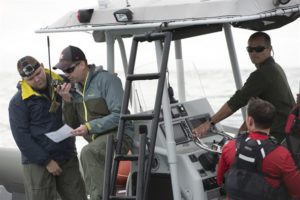 My first day at NASA was my first day on the job. I hadn’t been to any of the stuff beforehand. I did a program in high school, the High School Aerospace Scholars, which was like a mini internship, and that’s what really solidified my wanting to work at NASA. I think it was part of the reason why I was able to be so competitive for a Terry Scholarship, but that was eleven years ago. As part of my job, I get to go to all of the NASA centers a lot. I go to Florida, Washington, D.C., California about once or twice a year. It’s a large government agency, so there’s centers all over the country. There’s about ten or eleven NASA centers that all support different aspects of the NASA mission.

The reason I went into engineering is because I have type 1 diabetes which means I can’t be an astronaut. If I could, oh my gosh, I’d be the first one to sign up. I mean you get to go fly to space and explore, and you can’t ask for much more than that. If I could, I would, but I’ve been very fortunate in that our group does a lot of the astronaut training. I’ve been to water survival school; I’ve worn a space suit; I’ve done all the cool parts. I have a cool job. I really like my job because I get to do really cool stuff all the time. I feel like a little kid. It’s like playing with Legos but older as an adult.

NASA has a way of attracting some of the best and brightest folks from all over the country, and this class is really no exception. In all honesty, it’s probably one of the most qualified and excellent classes I’ve seen in a long time. We work a lot with the class that came in before them in 2015, and again, that group is wicked smart, high-achievers, and some of the nicest people you could work with. One of the cool parts about my job is that we work directly with the astronauts on a day-to-day basis which is rare and is very interesting. The newest group– these are the folks that are going to be walking on the moon and going to Mars, so we’re very fortunate to have them as part of our team.

Survival, Safety, and Search and Rescue 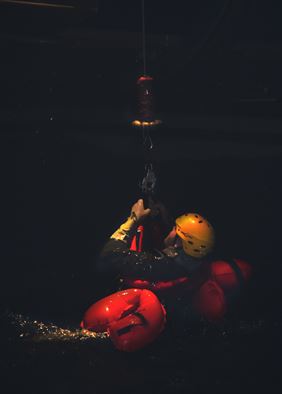 I design all of the equipment they use when they’re in the water if there’s ever an emergency. I worked on life raft development, beacon development, life preservers, all the different tools they use to get rescued and to stay alive when they’re in the water, so that’s really my subject-matter expertise. It’s one of those things again- I’m like a big nerd. I always thought it was really cool. I watched Top Gun, and thought “Oh cool! They’re in life rafts, and they’re in the ocean.” I just kind of pursued it. I knew there was a need to be doing this kind of work because whenever we land, whether it’s a SpaceX, a Boeing, or the NASA capsules, it’s going to be in the water, so I worked with my management to really shape and focus my professional work on that aspect. The astronauts are going to need state of the art technology, so they can be found anywhere in the world. I’ve also worked a lot with different government agencies to develop the technology, not just for astronauts, but for military and for civilians like you and me. It’s very rewarding. What we’re doing is actually feeding back into the community as a whole.

I think sometimes the media forgets the human element. I know as a responder and a search and rescue professional, that’s our biggest thing is it’s all about helping people. It’s not about doing something cool. It’s really about- you know when you look at the military it’s always about that 18 year old that’s lost, that 18 year old that’s getting ready to rescue someone overseas. It’s really about just being there to help.

…P.S. Cody let us in on a secret that not everyone who works for NASA is a scientist or engineer- they hire teachers too!