On January 20, 2018, over 50 Terry Alumni brought their families to enjoy a day at the National Museum of the Pacific War in Fredericksburg, TX. 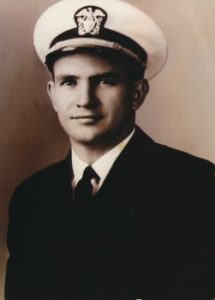 Guests visited over lunch before watching a presentation about Mr. Terry’s service as a Patrol Torpedo (PT) Boat Captain in the Philippines during WWII. Ed Cotham, Jr., the Foundation’s Chief Investment Officer, shared Mr. Terry’s harrowing experiences during the battle of Leyte Gulf.  After the presentation, Terry Alumni and their families set out to explore the museum and downtown Fredericksburg.

We enjoyed spending the day with Terry Scholars ranging from the class of 1987 to the class of 2016. Thank you for coming together to honor and celebrate Mr. Terry’s military service, which influenced the ideals of leadership and service, on which he built his scholarship foundation.

Read more about Mr. Terry’s experience as a PT Boat Captain in the Pacific HERE.