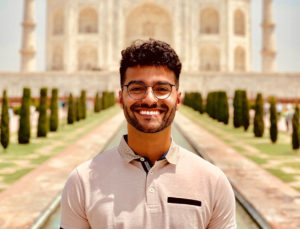 “Give yourself a chance to succeed by losing the fear of failing”–sound advice from traditional Terry Scholar, Johnny Amar-Martinez (TAMU 2016), a Senior and Chemical Engineering major, with a minor in Environmental Geoscience.  When asked what his favorite part of his Terry university is, Johnny said: “I love the culture and the camaraderie of Aggies. The power of the Aggie Network, even as a student, is strong and uplifting”.

How is Johnny fulfilling his Terry commitment to give back?

“I started by becoming an Officer in the [Terry] Student Organization my Freshman Year. I felt so excited for the opportunity to offer some of my free time to the Foundation so early and to display my gratitude for the gift I had been given. I had such a great time that year and was so deeply transformed that I decided to do it every year since then. I have [striven] to empower other Terry Scholars and to offer advice to those aspiring to become Terry Scholars in order to preserve the quality of the Terry Scholar community. I have accepted the offer to sit on an interview panel this spring and look forward to more opportunities in the future to give back. I will forever be indebted to the Terry Foundation”. 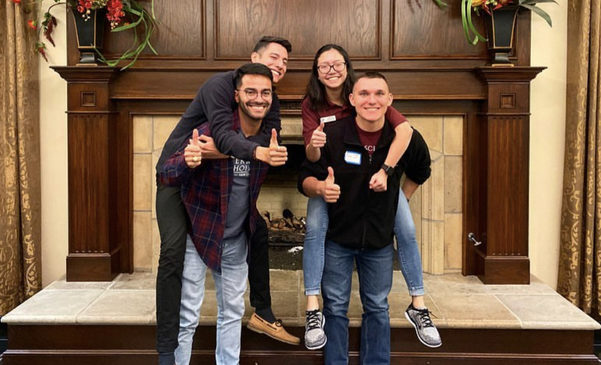 Johnny shared how he is able to lead and excel academically, while also ensuring that the next group of TAMU Terry leaders are successful:

“Since coming to college, my perspective on what it means to be a leader has changed drastically. This year, my idea of being a leader means prioritizing my time efficiently, being available when I am needed, and following-through on the tasks I take on. By doing this, I believe that I am setting a positive example to everyone around me and showing them that it is possible to excel at the goals you set for yourself while also treating everyone, and their time, with respect.”

“…I try to empower the people I work with and cultivate strong, individualized relationships with each of them to ensure that they feel supported and significant. I believe that everyone has a unique skill they bring to a team and that we can learn something new from everyone: we just have to be open to identifying that and listening to them.”

An additional part of being a Terry Scholar is the example one sets via the Pillar of Scholarship. When asked how he has embodied this pillar, Johnny reflected on his experience abroad this past summer: 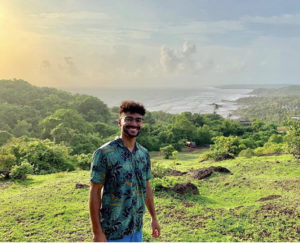 “This year I embodied the Foundation’s Pillar of Scholarship by dedicating time to my education and immersing myself in learning-dense environments. I interned this past summer at the Indian Institute of Technology Kanpur in a Statistical Thermodynamics and Molecular Simulation Laboratory where I did research among PhD candidates. …I found myself thoroughly enjoying the learning process and learning just for the sake of learning. As a second-generation American, I was taught the importance of education from a young age, and I think that this year I really started to understand and implement what it was my parents have always wanted for me with the support of the Terry Foundation”. 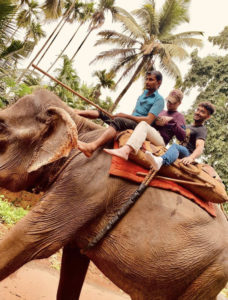 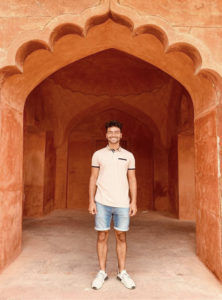 Every Terry Scholar has a story—one that, no doubt, includes the notion that this scholarship goes far beyond a “check in the mail”. When asked how becoming a Terry Scholar has altered his family’s story, and what it means to him, Johnny shared the following: 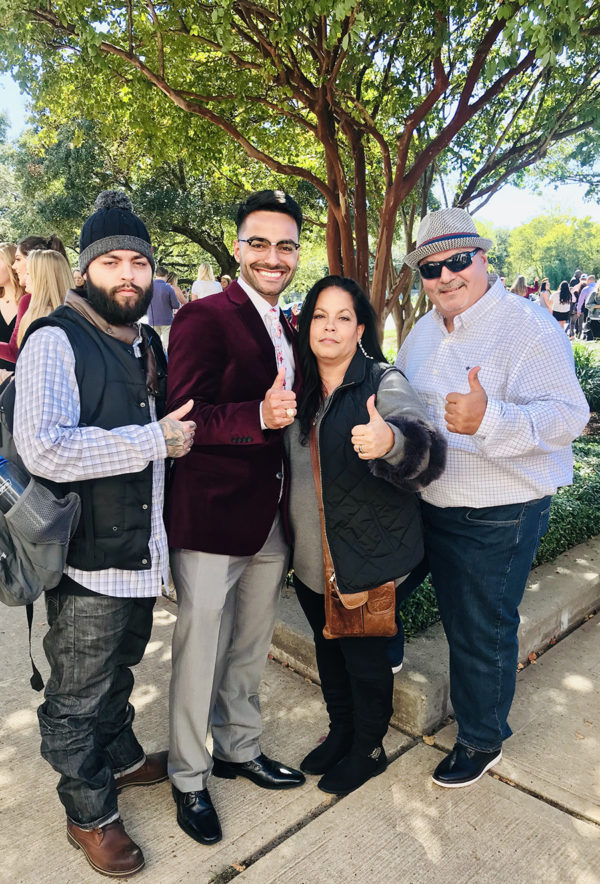 “My parents moved to Texas…from California in order to give a better life to my siblings and I. As a kid, I was slightly resentful toward them for this decision because Texas was so hot, and we didn’t have a lot of family around us. When I got the Terry Scholarship, I finally began to understand why they did it. As the youngest of all of my first cousins, I watched each of them, for one reason or another, not go to college.”

“As a second-generation American, I didn’t want the same situation for myself because I didn’t want to feel like I was ‘wasting’ my American Dream. Without the Terry Scholarship, I don’t know if I would’ve been able to do that. Now, I have the great opportunity to inspire the next generation of my family to also go to college. I get to lead by example for them of how you can choose your own path despite the barriers that are in front of you. My family was given a second chance at the prospect of going to college because of the Terry Scholarship being awarded to me”.

“Being a Terry Scholar to me, means everything. I was a semifinalist for another scholarship that I ended up not receiving, so [at first] I was really discouraged. The Terry Scholarship was my lifeline to go to college. After that, attending college had more of a purpose to me because there was a community of people behind me, most of whom I hadn’t even met yet, rooting for my success. Since then, it has meant being studious in my classes and offering help where I can, leading other students toward a common goal, offering mentorship and advice to those in need, and living a life inspired by service and giving back to my community. College is such a transformative time in everyone’s life, and I am so grateful for the positive impact the Terry Foundation has had on me as an individual.” 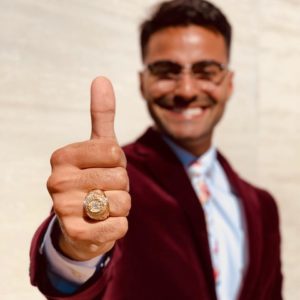