The Terry Foundation is honored and excited to announce that Howard and Nancy Terry are namesakes for Fish Camp 2017 at Texas A&M University. The Terrys were nominated by Cheyenne Allgood (TAMU ’13), who serves as the Director of Operations.

Fish Camp welcomes the Freshman class to Texas A&M each year by teaching them about the university and giving them a supportive network of peers. Fish Camp is divided into seven sessions, each with seven camps. Each camp is named after someone who has contributed to Texas A&M in a positive way.

A word from the Camp Terry Co-Chairs, Hunter McSpedden ’18 and Chris Serrano ’18:

“We came into this with a servant-hearted mindset and wanted counselors that wanted to do beyond what was expected of them, and genuinely wanted to use this opportunity as a way to serve the Class of 2021. Additionally, we wanted people who were open-minded, and wanted to learn from others, as well as having a high level of respect. The group that we have is truly diverse, coming from a variety of backgrounds and experiences.” 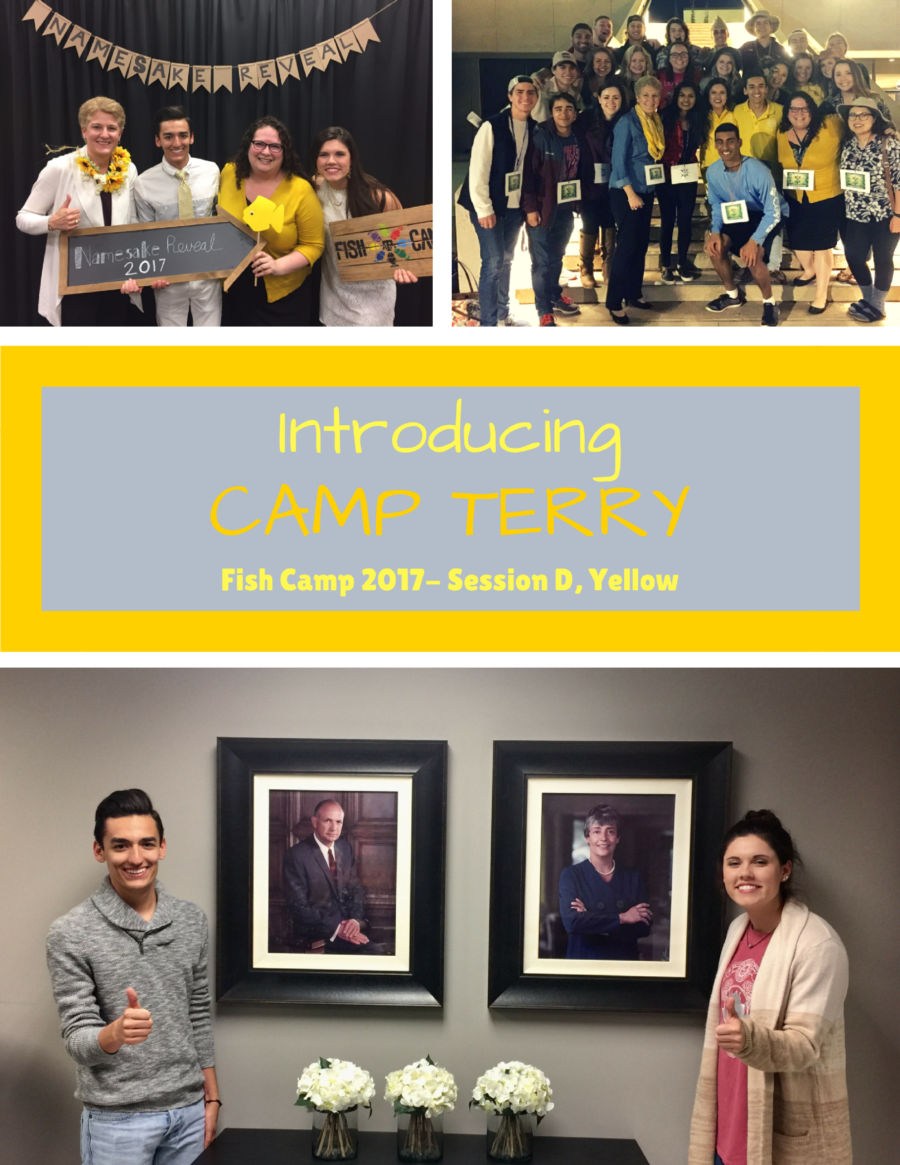