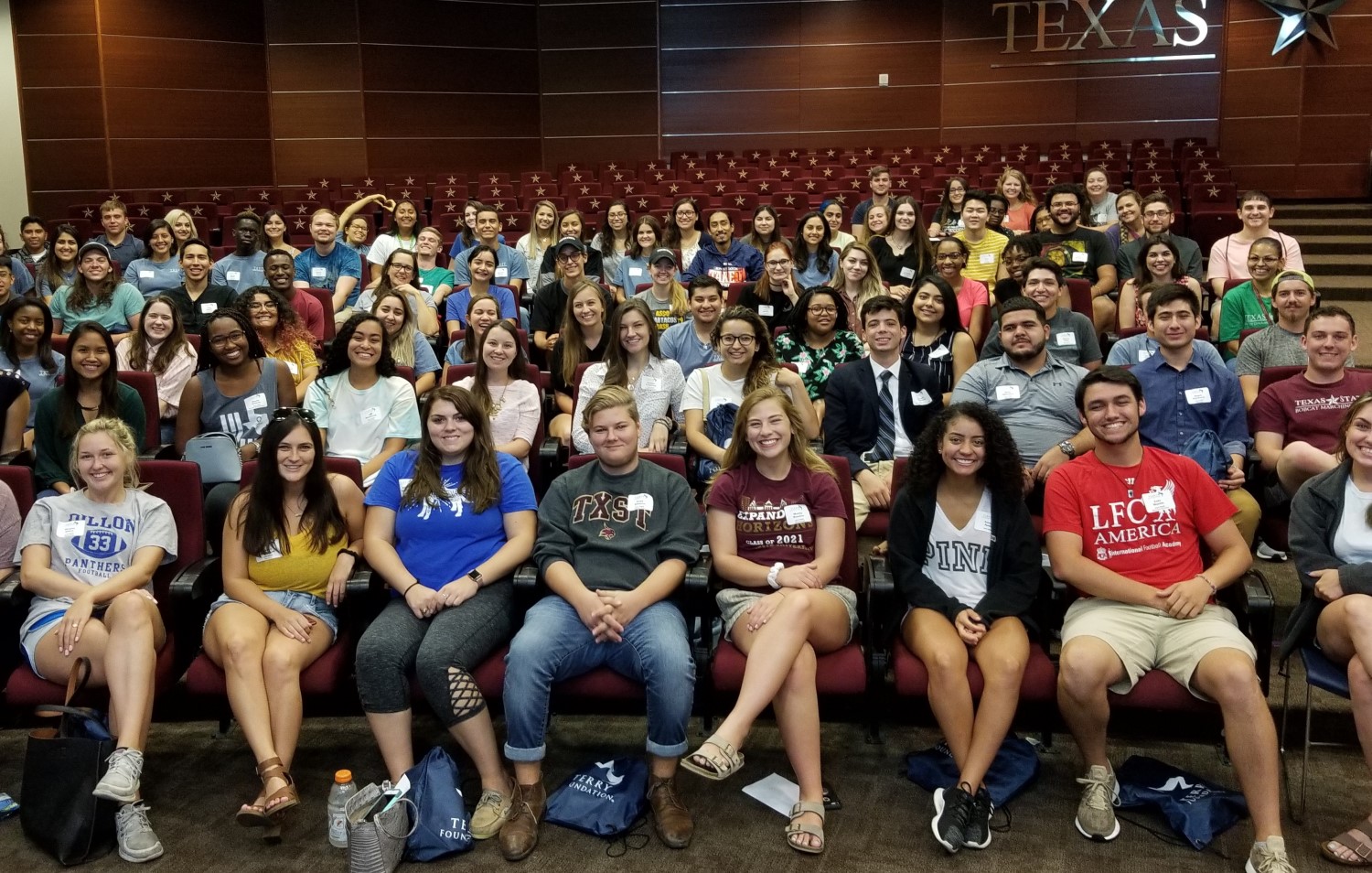 The Terry Orientation event is an opportunity for Terry Scholars to engage with the Terry community on campus, and scholars will hear from the officers in the Terry Scholar Student Organization and Terry Campus Coordinators. This event is a requirement for all Terry Scholars and allows scholars to meet or reconnect with each other at the beginning of the new academic year.