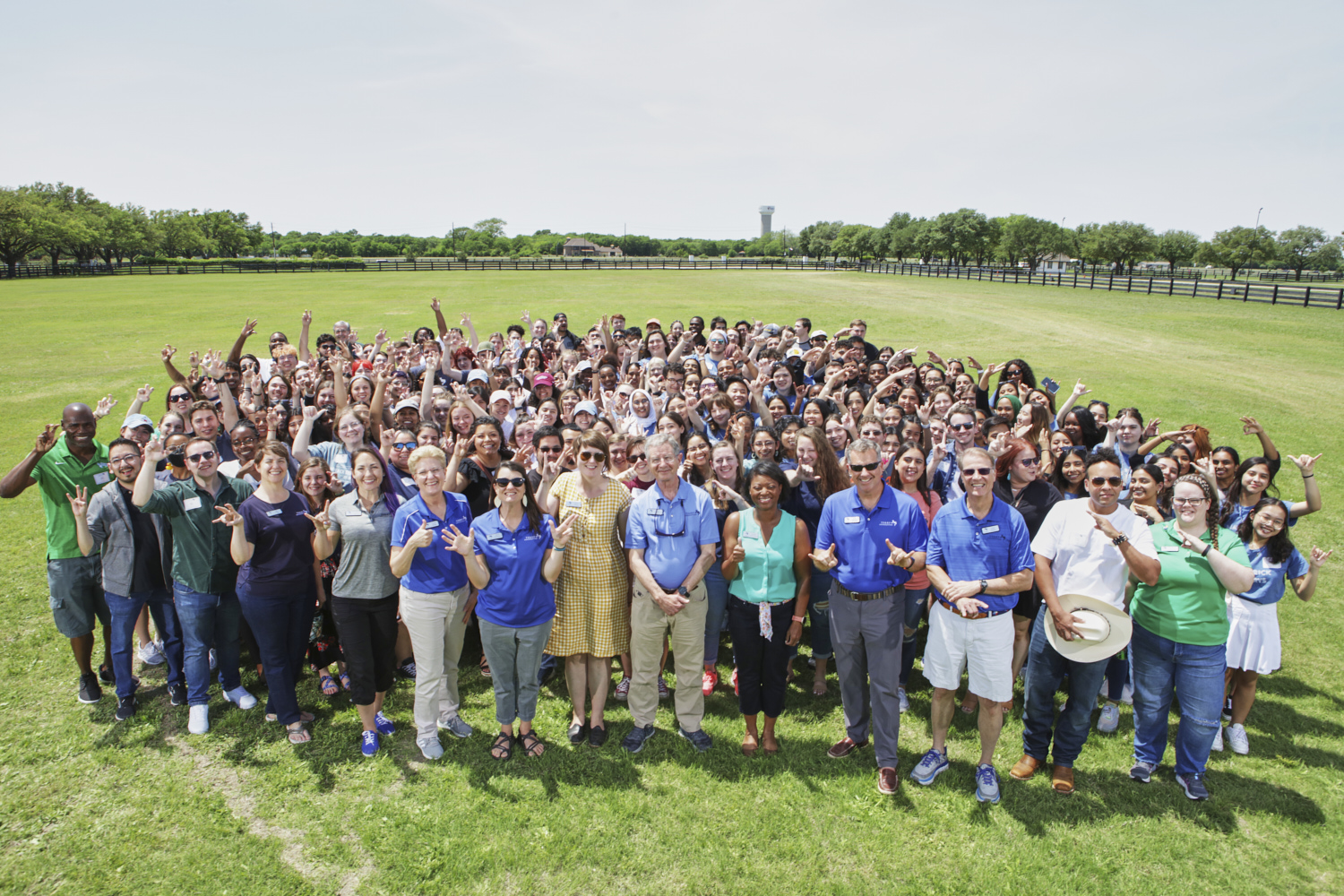 The Terry Foundation hosted its first in-person Terry Picnics since 2019. Each spring, Terry Picnics are hosted to celebrate the community built by the students on each campus and to honor the graduating seniors. Those who have completed the Terry Scholarship Program are invited to speak to the group about their accomplishments, goals, and next steps. They also receive a Terry Gold Pen as a symbol of their accomplishments and of their pledge to give back to Terry Scholars who come after them. These joyous events are attended by Terry Foundation staff and Board members, university guests, returning Terry Alumni and their families, and friends of the Foundation.

Kendra Mack (TAMU 2013) worked with a team of other students to create a vector control application geared toward prevention of the spread of the Zika virus. She and her team presented the application at the CDC in Atlanta, GA.

TF: What was the result of your visit to the CDC?
KM: We got an overwhelming amount of support at the CDC and will be continuing to finalize our application in order to get it piloted in an area being affected by Zika! 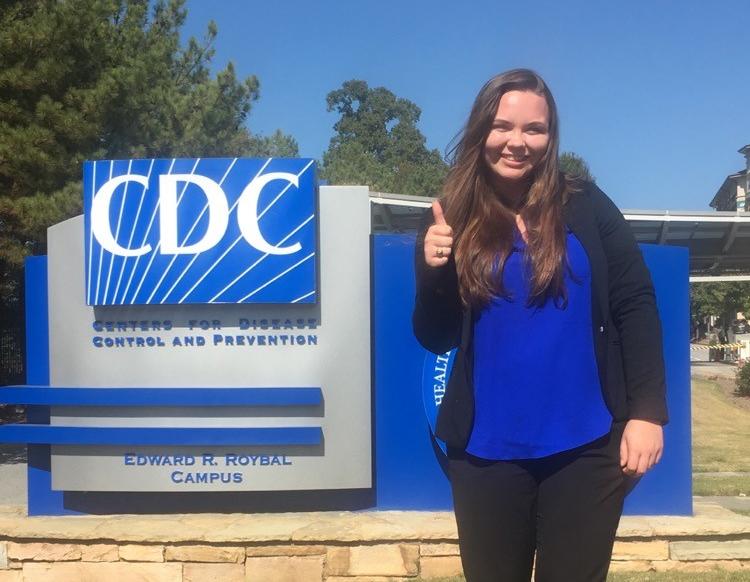 TF: How has this experience impacted you?
KM: This experience helped to show me what I’m capable in a short amount of time. I learned a lot about what I’m passionate about and it reminded me that I can make world changes from right where I am.

TF: If you could give advice to other Terry Scholars who want to get involved, what would you tell them?
KM: Get involved by learning more about the Zika virus and finding out ways you can prevent the spread of the disease in your area!

November 27, 2016 was the 100th anniversary of Howard Terry’s birth. Although Mr. Terry did not live quite long enough to celebrate that anniversary he was well aware of the many changes that had taken place during his lifetime. After all, when he was born in the small town of Cameron in 1916 there was not a single radio station in the state (that came along in 1920). There was also not a single commercial airline (that came along in 1926).

The first television station in Texas started broadcasting in 1948 when Mr. Terry was 32 years old and just beginning his legendary business career. Indeed, Mr. Terry witnessed some of the most interesting and challenging times in history. Woodrow Wilson was President when he was born and there were still living veterans of the Civil War in and around his community. He lived through two world wars (fighting in the second) as well as numerous important conflicts in Asia and the Middle East. The Terry family was hit hard by the Great Depression of the 1930s, and he never forgot the lessons of dealing with poverty and challenging economic conditions. Near the end of his life, technology changed in ways that he could not fully understand, and he was content to have others operate computers and cell phones while he stuck to making notes on the familiar pad and pencil that he always carried with him.

One piece of technology that Mr. Terry did find particularly useful was the television. The advances in picture quality and the increases in television content made it possible to find a sporting event to watch almost any time you turned it on. This, as Mr. Terry jokingly remarked to us on several occasions, was the most important progress his life had witnessed.

Although many things changed dramatically during the long course of Mr. Terry’s life, his core values never altered. From an early point in his life, Mr. Terry developed a sense of duty and honor that would be central to his life’s work and its meaning. Whether it was on the football field as a player, in the South Pacific as a Naval Officer, or in the board rooms of his businesses, Mr. Terry believed that it was essential that each individual look for opportunities to help and support those around them. It was not enough just to be thankful for what you had been given; it was about “helping the next guy” to come after you.

As we reflect on the 100thanniversary of Mr. Terry’s birth, we challenge all of our scholars to build on the Terrys’ legacy and make a difference. Who knows what the next 100 years will bring? What we do know is that there will be opportunities for each of us to make the world a better place. It is up to us to follow the Terrys’ example and seize them.

Visit the Terry Digital Annual to see our Terry Scholars in Action.

One of the main selection criteria for the Terry scholarship is leadership, so it’s no surprise that we have an amazing group of alumni with a tremendous amount of leadership potential. Knowing that there were a number of willing, dedicated leaders just waiting for an opportunity to serve, the Foundation Board of Directors instituted an alumni Advisory Board in 2009. The original group of 30 individuals was selected with the purpose of assisting the Board of Directors in representing the Foundation at events throughout the year and providing an avenue for the Foundation to solicit input and feedback as the organization began to plan for strategic growth. At the time, the entire alumni base consisted of graduates from only UT Austin and Texas A&M.

In 2013, the Foundation was experiencing tremendous growth after the passing of our founders, and there was a recognition of the need to expand the Advisory Board to include membership from additional universities who by then had graduates. The Advisory Board membership roster was then expanded to a total of 50 members. Scholar alumni from UTSA, Texas State, UTD, and UNT have since been added to the roster.

Current Advisory Board members serve a term of 3 years, with approximately one third of the membership rotating off each year. The Advisory Board convenes annually once a year in conjunction with the fall alumni luncheon, rotating to locations around the state. Two other virtual meetings are scheduled in the spring and summer, with ad hoc committees serving throughout the year to address special needs and concerns of the Alumni Association.

Membership on the Advisory Board is by invitation from the Board of Directors, and is extended to individuals who have shown dedication to the Foundation through their participation on interview panels and attendance at Foundation events throughout the year. Membership also requires a commitment to serve on at least one interview panel annually, and serve as a panel chair as requested. Advisory Board members are also asked to attend Foundation events such as fall banquets and the spring picnic, to assist with networking and mentoring of our current Scholars.

We look forward to seeing future generations of leaders become members of the Advisory Board as they fulfill their leadership potential and honor their pledge to give back to the Foundation. 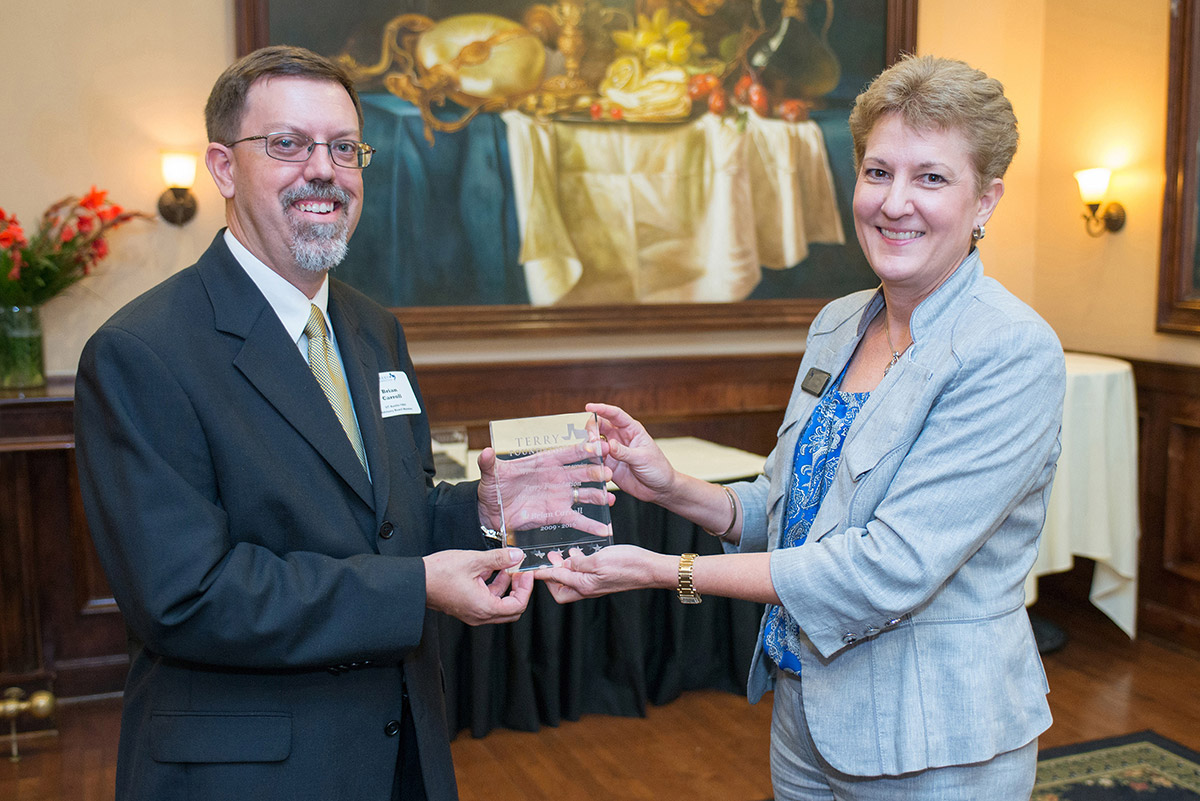 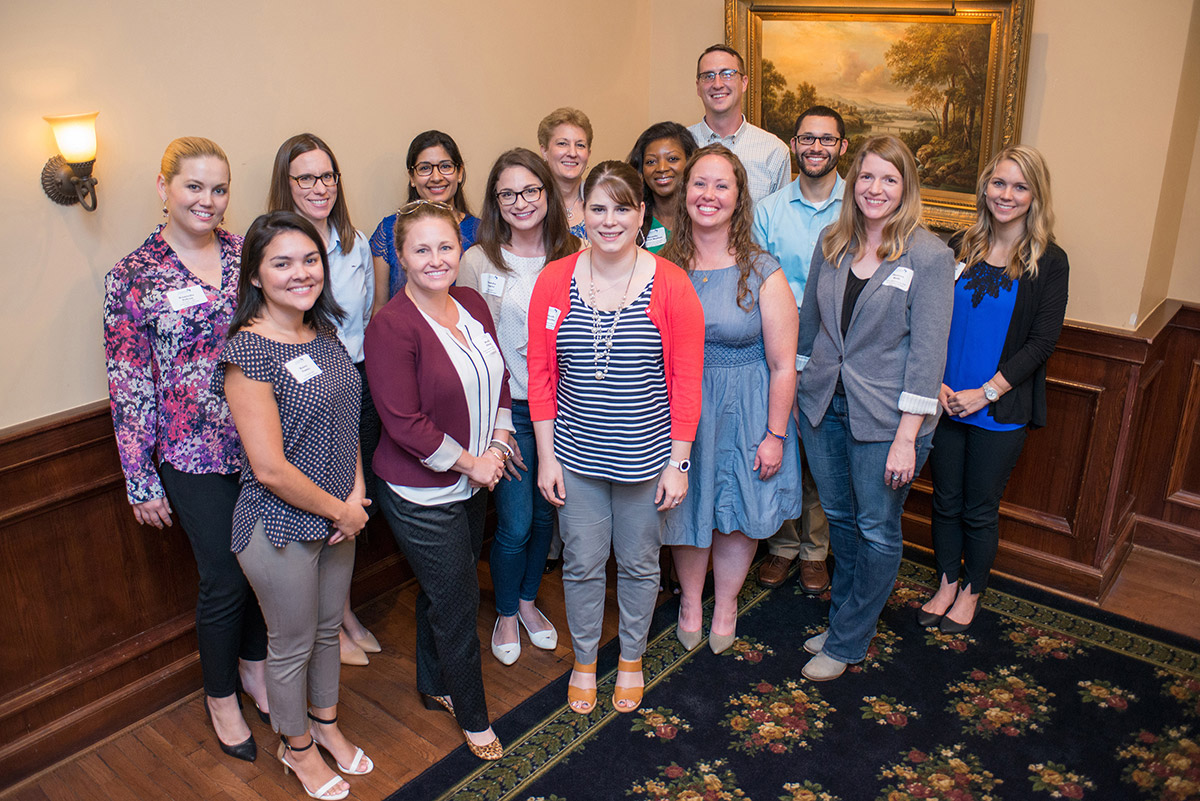 Kaylie Hartman (UTD 2014) was selected as 1 of 28 students in the U.S. (and the only student in Texas) to join the It’s On Us Student Advisory Committee. “Its on Us” is an initiative started by President Barack Obama and Vice-President Joe Biden to encourage students to stand up together against sexual assault on college campuses. It’s On Us asks students to take the lead on their campuses and mobilize their peers to create cultural and systemic changes.

TF: Why did you choose to get involved?
KH: I first heard about the movement from my work as a Peer Health Educator in the Universities Student Wellness Center. In my role there I spent a lot of time educating students on various aspects of physical and emotional well-being, that included sexual assault education. We hosted a big Its On Us event at our campus and in the Spring of 2016 Its On Us invited me to apply for the upcoming Student Advisory Committee.

TF: How has this experience impacted you?
KH: I am very excited to see what the upcoming year brings! It will be challenging and I know I will be very busy, but I am doing work that I love, and work that will make a positive impact on current and future generations. I am proud to be bringing change to an issue that has been so ingrained into our society and impacts so many people, of all walks of life.

TF: If you could give advice to other Terry Scholars who want to get involved, what would you tell them?
KH: Give it a shot! I applied for the Student Advisory Committee not knowing what would come of it. I had no idea I would be accepted into a committee with so many great student leaders from all around the country. At the beginning I questioned even applying but when I received a call for a follow up interview I knew it was an opportunity I couldn’t pass up. Looking back I am so so glad that I took the chance, remind yourself that you are an awesome student and you can make a difference! Believe in yourself and your abilities, have confidence that you have what it takes, and give it a shot!

In January 2016, The Terry Foundation received the Mirabeau B Lamar Award for outstanding service to higher education in Texas.  The award is presented by the Council of Public University Presidents and Chancellors (CPUPC), the Independent Colleges and Universities of Texas (ICUT) and the Texas Association of Community Colleges (TACC). It has been given annually since 1977; past recipients have included Lt. Gov. William Hobby, Barbara Jordan, Lt. Gov. Bob Bullock, George Mitchell, Red McCombs and Drayton McLane just to name a few.

The Foundation was delighted to receive such recognition on behalf of our founders, Howard and Nancy Terry, who have provided access to debt-free higher education for thousands of Terry Scholars in Texas since 1987.  Inception to date, the Terry Foundation has awarded over $200 million dollars to over 4,200 Scholars who have entered the program.  We are currently recognized as the largest private source of scholarships in the state of Texas.

The award luncheon, which was hosted in Austin, allowed the Foundation to highlight the many accomplishments of our current and former Terry Scholars.  The occasion was also used to promote the Transfer Scholarship program to many of the TACC presidents who were on hand. We would like to thank the Terry Scholar Alumni Advisory Board members who attended the luncheon and helped share the impact of the Terry Foundation with attendees from across the state.

At the end of his long life, Howard Terry observed, “the Terry Foundation is the single most important thing I’ve done in my life, because it has enabled me to help more people than I would have ever been able to help otherwise”.  We are honored to continue to carry on his legacy and be a part of such an important mission in helping young people to help themselves through the power of education.